The medieval origins of Villandry

Villandry is known as a Renaissance-style residence. However, its history began 500 years earlier, in the Middle Ages, with the construction of a medieval fortress which was to form the basis of the future 16th century building. At that time, Villandry was called Colombiers. 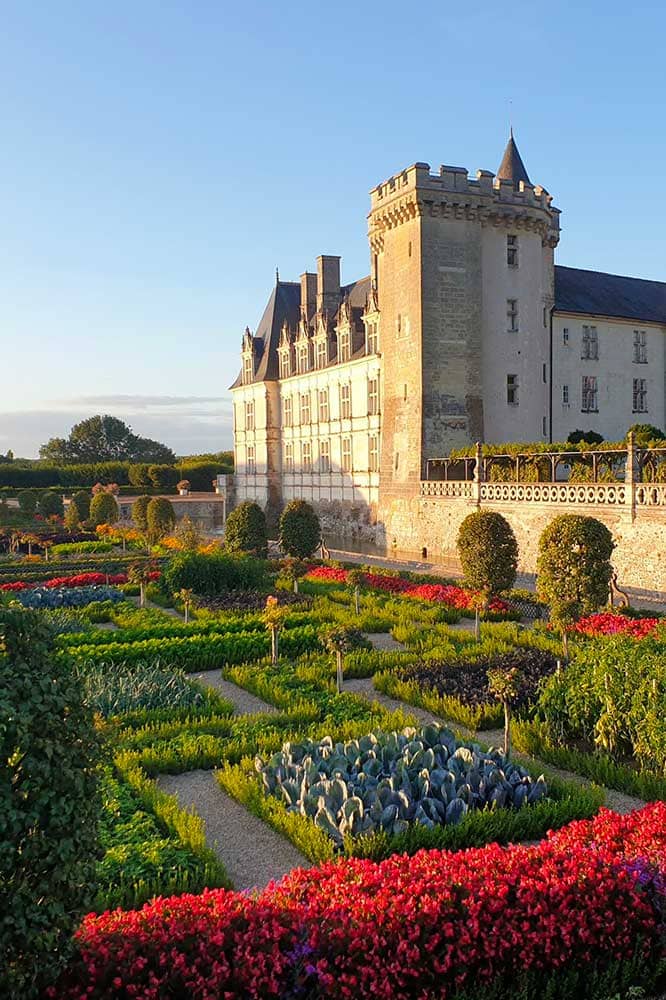 The keep of Villandry

The medieval keep blends seamlessly into the Renaissance architecture of the château.
In the 18th century there were windows in the tower, the marks of which are still visible today.

The medieval fortress of Colombiers

The origins of the château and estate of Villandry go back to the Middle Ages. Let us travel back to the 11th century. At that time, the Val-de-Loire was the scene of rivalries between the County of Blois and the County of Anjou. The village, known today as Villandry, was then called Colombiers or Coulombier (from the classical Latin “colombarium”, relating to the pigeon). It was a small, isolated village surrounded by farmland and forests, a few hours’ walk from Tours, to which it belongs.

The political situation in France in the classical Middle Ages was particularly unstable. Indeed, the unification achieved by Charlemagne in the 9th century was followed by a fragmentation of territory and power. Competition between the medieval lords was fierce, each wishing to extend their domination either by war or by forming alliances that varied according to interests.

The need to protect people and property led to the emergence, shortly after the year 1000, of a new architectural model: the stone castle or defensive fortress, which replaced the less robust wooden enclosures.
Imitating its illustrious neighbours, Saumur and Tours, with its château comtal, Colombiers acquired a fortified castle of which only the keep is still easily identifiable. The square shape of the tower topped with battlements and merlons is characteristic of 11th century defensive constructions. The interior of the keep has retained all its medieval rusticity with its bare, unadorned tuffeau stone walls and the steep medieval spiral staircase that leads to the platform from which the view spans the width over the Cher valley which flows at the foot of the château. There are no images of Colombiers in the Middle Ages, so one has to look elsewhere to imagine the appearance of the castle. Historians have speculated that on either side of the keep, forming an L-shape, were two adjoining dwellings. Storage rooms in caves completed the building. A wall with a door closed the courtyard, which was accessed via a drawbridge over the moat.
Recent research leads us to believe that outbuildings, including a farm and farmyard, and a protective stone wall completed the ensemble.

It should be noted that the fortress of Villandry is located in a valley. Its strategic role undoubtedly lies in its intermediate position between Tours and Saumur, which belonged respectively to two opposing powers.
The castle is not the only witness to the medieval history of Colombiers/Villandry. The village has preserved traces of this period: an 11th and 12th century Roman church dedicated to Saint Etienne stands among the 15th century buildings. The summits of the garden offer a very pleasant view of the village roofs and the church tower. The inhabitants of Villandry are still called “Colombiens” and “Colombiennes” in reference to the old name of the village which was used until July 1639.

Colombiers in the History of France, England and Touraine

The first lord of Colombiers was Geoffroy I Le Roux (1025-1091), lord of Cravant-les-Coteaux and Colombiers, son of Payen de Chinon. By marriage, the castellany of Colombiers subsequently entered the Amboise family in the 12th century.

It is during this century that the name Colombiers first appears in historical records, as it was in the eponymous tower that the Peace of Colombiers was signed on 4 July 1189, putting an end to the conflict between Henry II Plantagenet, King of England, Count of Anjou and Maine, Duke of Normandy and Aquitaine, and his son Richard the Lionheart and Philip Augustus, who were allies. With this treaty, Henry II Plantagenet, who died on 6 July, recognised Richard the Lionheart as his sole heir. Thanks to this victory, Philip Augustus was able to pursue his policy of weakening the Plantagenets, to whom he disputed authority over French territory.
In the 13th century, either as a result of sales or marriages, the castellany passed to the Savary family, then to the de Craon family and in the 14th century to the Chabot family.

At the very end of the 15th century, the château of Colombiers changed hands several times before being purchased on 4 March 1532 by Jean Breton for 35,000 pounds.