Between the Kitchen Garden and the Church lies the Herb Garden. A traditional garden of the Middle Ages, it is devoted to aromatic, culinary and medicinal herbs. The fragrances that emanate from the beds recall the walled gardens of monasteries in medieval times.
The Herb Garden at Villandry was designed by Joachim Carvallo, but it was laid much later, in the 1970s, by his grandson and wife, Robert and Marguerite Carvallo.
The plants are cultivated in circular beds, symbols of eternity, while the paths intersect at right angles to form crosses.
A good thirty plant varieties are to be found here, in amongst beds of flowers. 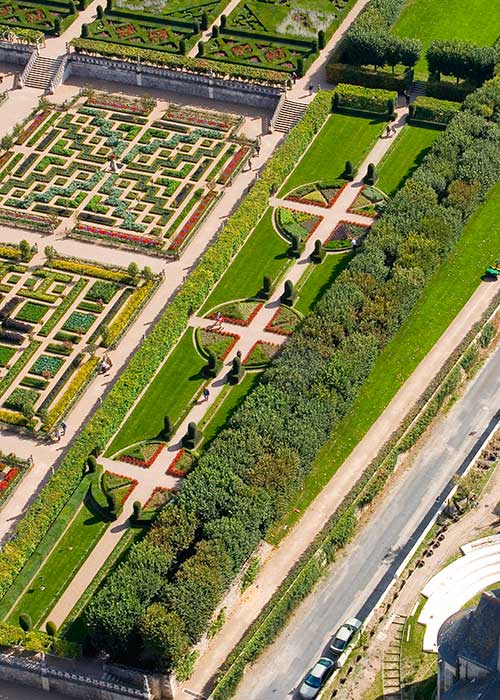 We find the topiary pruned in the "Villandry" shape in the Jardin des Simples.

The vegetation in the Herb Garden is inspired by the Middle Ages: lavender, rosemary, etc.

The simplicity of this garden gives it all its poetry. 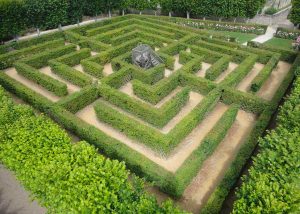 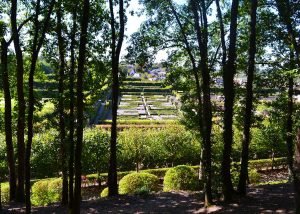 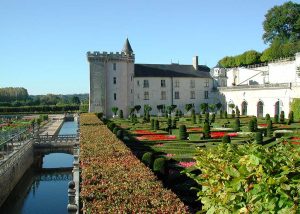 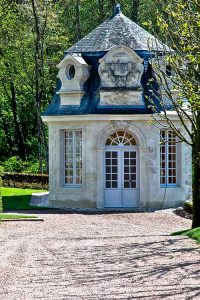 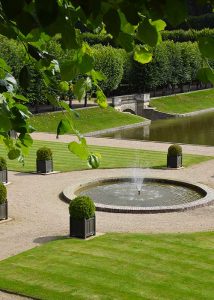 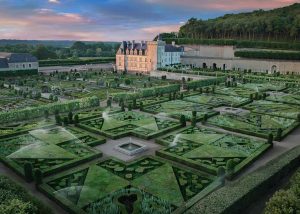 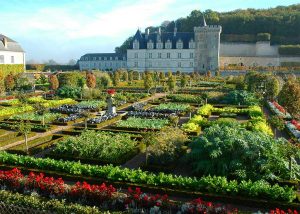 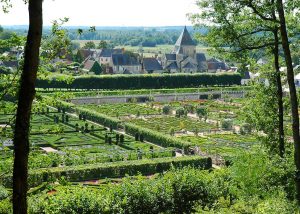 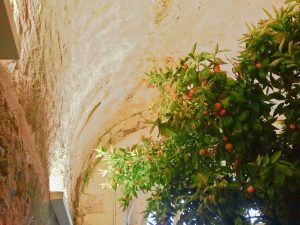